The Swedish Trade Union Confederation (LO) in the world 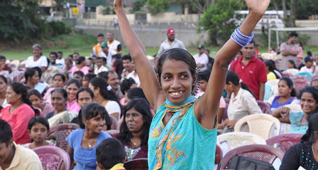 In the globalised world we live in today we aim for social, economic and environmental sustainability. This means that initiatives for inclusive economic development must have equality, fair distribution, gender equality, full employment and social protection as guiding principles.

National management of a growing number of trade union policy areas is influenced both directly and indirectly by decisions in international bodies. For example, more than half of the questions on the national and municipal political agenda in Sweden are influenced by the EU. We are also influenced by developments in the World Trade Organisation (WTO), the International Monetary Fund (IMF), the UN and its labour organisation the ILO, as well as by bilateral trade agreements signed between the EU and other regional associations or states.