Carola Lemne (MD, PhD) worked in Stockholm hospitals until 1986 and is an associate professor at the Karolinska Institute.  Between 1986 and 2000 she worked in the pharmaceutical industry, starting at Schering-Plough, then joining the Pharmacia Corporation going on to become Vice President of Global Clinical Development and Regulatory Affairs Strategy based in New Jersey. 2000 to 2007 Carola Lemne was the CEO of Danderyd University Hospital in Stockholm and between 2008 and 2014 President and CEO of Praktikertjänst AB, the largest private health care provider in Sweden.  In 2014 she became the Director General of the Confederation of Swedish Enterprise (CSE). CSE is the dominant business organisation in Sweden with 60 000 member companies comprising 1,5 million employees. Carola Lemne is a member of the board of Getinge Corporation and AFA Insurance AB, and Chairman of the Board of Uppsala University. 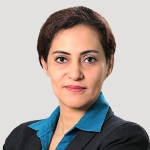 Sabina Dewan is President and Executive Director of the JustJobs Network (JJN), which she co-founded with John Podesta in 2013. Under Ms. Dewan’s leadership, the JustJobs Network has grown to become a prominent, innovative, international think tank focused on finding strategies to create more and better employment worldwide. Formerly, Ms. Dewan was a Senior Fellow and Director for International Economic Policy at the Center for American Progress. Ms. Dewan’s research focuses on the role of quality employment in building equitable economies around the globe. She has published on a range of economic issues, from the impact of globalization, trade and value chains on employment, to the nexus of renewable energy and job creation. She is a frequent media contributor, having appeared in print and television outlets including The Wall Street Journal, Huffington Post, US News, as well as CNN, BBC, and Al-Jazeera. Sabina splits her time between Washington, D.C. and New Delhi.

Michael Froman was sworn in as the 11th United States Trade Representative (USTR) on June 21, 2013. As USTR, he is President Obama’s principal advisor, negotiator and spokesperson on international trade and investment issues. Ambassador Froman leads the Office of the United States Trade Representative in its work to open global markets for U.S. goods and services, enforce America’s rights in the global trading system, and foster development through trade. Key initiatives ongoing under his leadership are negotiations of the Trans-Pacific Partnership agreement in the Asia Pacific; the Transatlantic Trade and Investment Partnership with the European Union; negotiation of agreements on services, information technology and trade facilitation at the World Trade Organization; and monitoring and enforcement U.S. trade rights, including through the Interagency Trade and Enforcement Center (ITEC). Prior to becoming USTR, Ambassador Froman served at the White House as Assistant to the President and Deputy National Security Advisor for International Economic Affairs, where he was responsible for coordinating policy on international trade and finance, energy security and climate change, and development and democracy issues. He served as the U.S. Sherpa for the G20 and G8 Summits, and staffed the President for the APEC Leaders Meetings. In addition, he chaired or co-chaired the Major Economies Forum on Energy and Climate, the Transatlantic Economic Council, the U.S.-India CEO Forum and the U.S.-Brazil CEO Forum.

Prior to joining the Obama Administration, Ambassador Froman served in a number of roles at Citigroup and as a Senior Fellow at the Council of Foreign Relations and a Resident Fellow at the German Marshall Fund. In the 1990’s, Ambassador Froman spent seven years in the U.S. Government. He served as Chief of Staff and as Deputy Assistant Secretary for Eurasia and the Middle East at the U.S. Department of Treasury. He also worked at the White House, where he served as a Director for International Economic Affairs at the National Security Council and National Economic Council. Ambassador Froman received a bachelor’s degree in Public and International Affairs from Princeton University, a doctorate in International Relations from Oxford University and law degree from Harvard Law School, where he was an editor of the Harvard Law Review. He was born in California. He, his wife, Nancy Goodman, and their two living children, Benjamin and Sarah, reside in Washington, D.C. 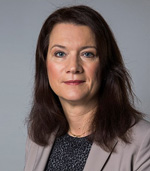 Ann Linde was appointed Minister for EU and Trade in May 2016. Prior to this, she served as State Secretary to Minister for Home Affairs Anders Ygeman at the Ministry of Justice. Her responsibilities were the Police and public prosecution authorities, public order and safety, international judicial cooperation, civil crisis preparedness and the Government Offices' crisis management. 2013-14, Ms Linde worked as Head of the International Unit for the Party of European Socialists (PES) in Brussels. She has also held the position as International Secretary for the Swedish Social Democratic Party and Head of International Staff and Member of the Party Office Management Group (2000-13), and International coordinator for the Swedish Social Democratic Party Group in the Riksdag (1999-00). 1994-98 she served as Political Adviser to Minister for Foreign Trade and EU Affairs Mats Hellström, and to Minister for Trade, subsequently Minister for Defence, Björn von Sydow. Ms Linde was born 1961, is married with two children and lives in Enskede, Stockholm. She holds a Bachelor’s degree in political science, sociology and economics from Stockholm University. She is board member of the Anna Lindh Memorial Fund and former board member and vice chair at the Olof Palme Internationel Centre. 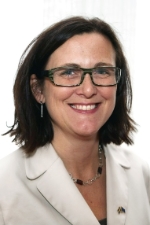 Commissioner for TRADE since 1st November 2014, Mrs Malmström is responsible for EU trade policy. She is representing the EU in the World Trade Organisation (WTO) and other international trade fora. She is negotiating bilateral trade agreements with key countries, including reaching a balanced and reasonable Transatlantic Trade and Investment Partnership (TTIP) with the U.S. that respects Europe’s safety, health, social and data protection standards, and our cultural diversity. As EU Commissioner for Home Affairs 2010-2014, she was responsible for the European Commission’s work within the fields of asylum and migration, police cooperation, border control and the fight against organised crime and human trafficking. Formerly a Member of the European Parliament and Minister for European Affairs of Sweden. As Minister for European Affairs, Malmström was responsible for issues such as the Lisbon Treaty, the EU strategy for growth and employment and the review of the EU budget and for the preparation and co-ordination of the Swedish EU Presidency. Cecilia Malmström has a Ph.D. in political science and was a researcher at Göteborg University in Sweden for several years, teaching in European politics.

Ignacio Garcia Bercero is a Director in DG Trade of the European Commission. Since 2012 he has been responsible for overseeing EC activities in the fields of Neighbouring Countries, US and Canada as well as being the Chief Negotiator for the EU- India FTA. He coordinated the work of the EU-US High Level Working Group on Growth and Jobs and is the Chief Negotiator for the TTIP negotiations. Working at the European Commission since 1987, from 2005 until 2011 he worked in the areas of Sustainable Development, Bilateral Trade Relations (South Asia, South East Asia, Korea, EuroMed and the Middle East). He was also the Chief Negotiator for the EU-Korea and EU-India Free Trade Agreements. Previously he worked in the areas of WTO Dispute Settlement, and Trade Barriers Regulation. In the period leading to the launch of the DDA negotiations, he was working on overall coordination of WTO Policy and was Chief Negotiator on Trade and Competition. He has also been posted in the EU Delegation to the United Nations in New York.

Dan Mullaney is Assistant United States Trade Representative for Europe and the Middle East at the Office of the United States Trade Representative. He develops, coordinates, and implements U.S. trade policy toward the European Union and other European trading partners, Eurasia, the Middle East, and Northern Africa.  From 2006 to 2010, Mr. Mullaney was the Senior Trade Representative in the United States Mission to the European Union in Brussels, Belgium, where he advocated on behalf of U.S. trade interests in the various institutions of the European Union and represented USTR in the broader Brussels trade policy community.  Before becoming Senior Trade Representative in Brussels, Mr. Mullaney was an attorney in USTR’s Office of General Counsel, where he led negotiations and provided legal advice for free trade and other agreements and represented the United States in dispute settlement proceedings at the World Trade Organization.   Mr. Mullaney’s substantive area of responsibility in the general counsel’s office included trade-related aspects of intellectual property rights, technical barriers to trade, sanitary and phytosanitary regulations, and trade and environment, among other areas.  Prior to joining USTR in 1999, Mr. Mullaney was a partner in a major international law firm, specializing in international trade law.  Mr. Mullaney is a native of Cincinnati, Ohio.  He earned a B.A. degree from Amherst College in 1979, and a joint law/Foreign Service master’s degree from Georgetown University.  He is married and has two children.

Michael Punke serves as Deputy United States Trade Representative and U.S. Ambassador and Permanent Representative to the World Trade Organization (WTO) in Geneva, Switzerland. Michael Punke has worked in the field of international trade law and policy for two decades. From 1995 to 1996, Punke served as Senior Policy Advisor at the Office of the United States Trade Representative. There, he advised the USTR on issues ranging from agricultural trade to intellectual property protection. From 1993 to 1995, Punke served at the White House as Director for International Economic Affairs with a joint appointment to the National Security Council and the National Economic Council. His responsibilities included assisting in the management of the interagency process. From 1991 to 1992, Punke was International Trade Counsel to Senator Max Baucus, then Chairman of the Finance Committee's International Trade Subcommittee. Punke has also worked on international trade issues from the private sector, including as a partner at the Washington, D.C., office of Mayer, Brown, Rowe, & Maw. From 2003 to 2009, Punke consulted on public policy issues out of Missoula, Montana. Punke has also worked as an adjunct professor at the University of Montana and as a writer, authoring a novel, two books of nonfiction, and two screenplays. Punke is a graduate of George Washington University and Cornell Law School, where he was elected Editor-in-Chief of the Cornell International Law Journal.