Collective agreement The trade union-political cooperation between the Swedish Trade Union Confederation (LO) and the Swedish Social Democratic Party stems from the late 1900s. The first trade unions were based on a vow on mutual solidarity, The trade union movement grew in strength and spread slowly but surely throughout the country. 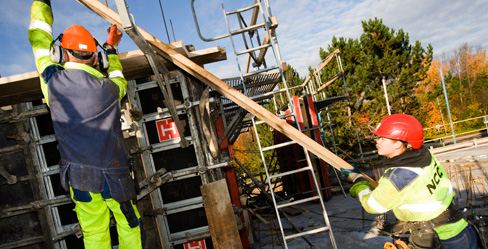 But soon it was obvious that the trade union struggle was not sufficient for making progress in society. Political decisions were needed as well,  in order to bring about changes. The situation is still the same today.

The cooperation between LO and the Social Democratic Party is based on the two organisations' distinct mandates and different roles; their policies and achievements however reflecting the same set of values. The fundamental values of equality and solidarity, as well as mutual respect and confidence have been, and must continue to be, the core of all trade union-political cooperation.

In today's society, the trade union-political cooperation faces many challenges; yet it constitutes a long-term and major tool in influencing policy decisions. However, LO also has other means to exert influence in society in its capacity as the representative of the national unions' members. This includes contacts and discussions in relevant issues with various organisations, authorities and political representatives.

Exerting political influence is not in contrast to the trade union-political cooperation with the Social Democratic Party. Instead, these two instruments are complentary and represent two different ways of reaching our policy goals.