Welfare issues The social security system, including the national pension system, is statutory and covers everyone who lives and/or works in Sweden. It is financed by taxes, for example employer's contributions. 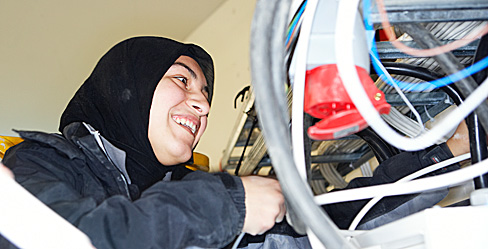 The statutory benefits paid out of insurance schemes are in most cases based on the "loss of income principle". This means that individuals are entitled to benefits in relation to their income. The benefit levels  are supposed to be high enough to allow most recipients to maintain virtually the same standard of living as if they were still at work. There are two main limitations: a ceiling on insured income and a limit (often 80 per cent) on the compensation paid for insured income.

An important feature of the statutory social security system is that it provides universal cover, which means that, in addition to income-related benefits, basic pension and parental benefits etc. are paid to everyone in the target group irrespective of income. The social insurance system is administered either by the Swedish Social Insurance Agency or by the Swedish Pensions Agency, which are government agencies.

The trade union movement considers universal insurance systems the best way of ensuring financial security. Benefit levels are raised and "gaps" in the statutory system are eliminated by means of collective agreements between the social partners. These negotiated solutions are based on the loss of income principle too.

Collective insurance schemes and occupational pension schemes are regulated in collective agreements between one or more employer and employee organizations at the national level. Generally speaking, employees are entitled to benefits under these schemes where:

Other protective rules in the collectively negotiated insurance and pension systems relate to post-cover and exemption from premiums/tax. Under the post-cover rule, several insurance schemes remain in force for some time after the termination of employment. This period is longer in the case of unemployment than if an employee voluntariliy changes jobs. In the case of long-term illness the employee is covered by the insurance scheme the whole time up to the age of 65. In some bargaining sectors employees who are sick are exempt from premiums and tax and continue to earn pension rights throughout the sick leave period.

The premiums for negotiated insurance and occupational pension schemes are paid by the employer out of the negotiated pay settlement. In other words, some of the employees' pay is used to fund the insurance scheme instead of being paid out in the form of wages.

Collective insurance and occupational pension schemes are normally administered by an insurance company that is jointly owned by the social partners and operated on a non-profit basis.

Collective agreements are part of the "Swedish model"

Collective agreements, which include supplementary provision for insurance and occupational pension schemes, are in force throughout the Swedish labour market and apply to all employee categories, including senior salaried staff and graduate employees.

Supplementary insurance and occupational pension agreements are concluded at the national level between the social partners and are applicable to a large number of sectors and enterprises at the same time. There is a difference here compared with collective agreements on pay and conditions of employment. In the context of insurance and pensions the Swedish labour market can broadly be divided into the following four collective bargaining sectors:

The division of collectively negotiated insurance cover into four large groups is unique for Sweden. Our model counteracts "job-lock" and promotes job mobility.

Since the collective bargaining sectors are so large, a person can change jobs and sectors (e.g. from construction worker to dishwasher or from stair cleaner to industrial worker) and still be covered by the same insurance and pension agreements. 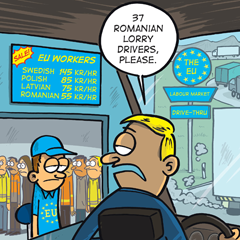