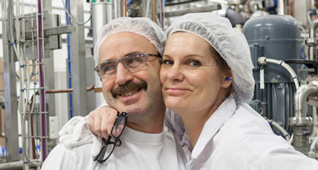 To achieve full employment, it is important that the overall demand for goods and services is high. Sweden has been experiencing low demand for a long time. The financial crisis that affected the world from autumn 2008 is an important factor. But there are also signs of a more long-term demand deficit. To increase demand, we propose that central government implements an expansive economic programme in the coming years, in order to thereafter stabilise demand at a higher level. The objective of the programme is to strengthen Sweden’s long-term economic development and induce households and private enterprises to increase their consumption and investment.

Lower interest rates are necessary to boost the economy, but that is not enough. Sweden has reached a point where it is no longer possible to cut the repo rate more. To increase aggregate demand, fiscal policy should therefore also support domestic consumption and investment.