Iranian trade union activists do not belong in prison

International issues In a statement sent to the leaders of Iran and the judicial authorities of the country, LO and its affiliates IF Metall, Municipal Workers' Union and the Transport Workers' Union, condemn the brutal treatment of trade union activists in Iran and demand unconditional release of imprisoned unionists. 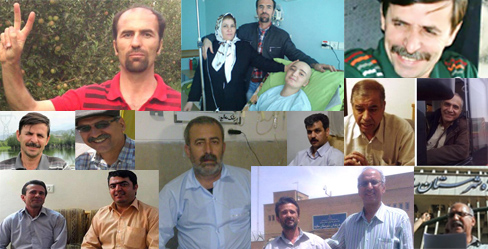 The situation of trade union activists has not improved

Reza Shahabi, a member of the executive council of the Tehran bus drivers' union, was arrested in June 2010. In 2016 Reza's ongoing five-year prison sentence was extended for another year. Reza is temporarily released on bail to receive medical treatment for torture injuries he suffered in prison. Although Reza’s medical treatment is not completed, he has now been called back to prison. Together with his lawyer, Reza appealed to the authority for security issues on his case. The authority for security issues has however ordered him back to prison. These discussions are still ongoing.

Tehran's revolutionary court has ordered Reza to appear at the prosecutor's office on February 11, 2017, at the latest, to be brought back to prison. It should be noted that the Iranian regime, following international pressure from trade unions in other countries, officially announced that Reza Shahabi had been released and returned to his former workplace. This information is incorrect.

Jafar Ezimzadeh, leader of the Iranian Free Workers’ Union, is now a requested person and has been ordered to appear in division No. 4 in the city of Saveh, to serve a five years’ prison sentence. Mohammad Salehi, former leader of the bakery workers’ union in the city of Saghez, is convicted to nine years of imprisonment, but due to kidney disorder and diabetes he is currently free, in order to receive medical care.

This reveals the Iranian regime’s and Iranian judicial authorities’ total lack of respect of the fundamental human rights and of the ILO. The Swedish Trade Union Confederation, The Swedish Municipal Workers’ Union, the Swedish Transport Workers’ Union and IF Metall condemn the persecution and imprisonment of free and independent trade union activists in Iran.